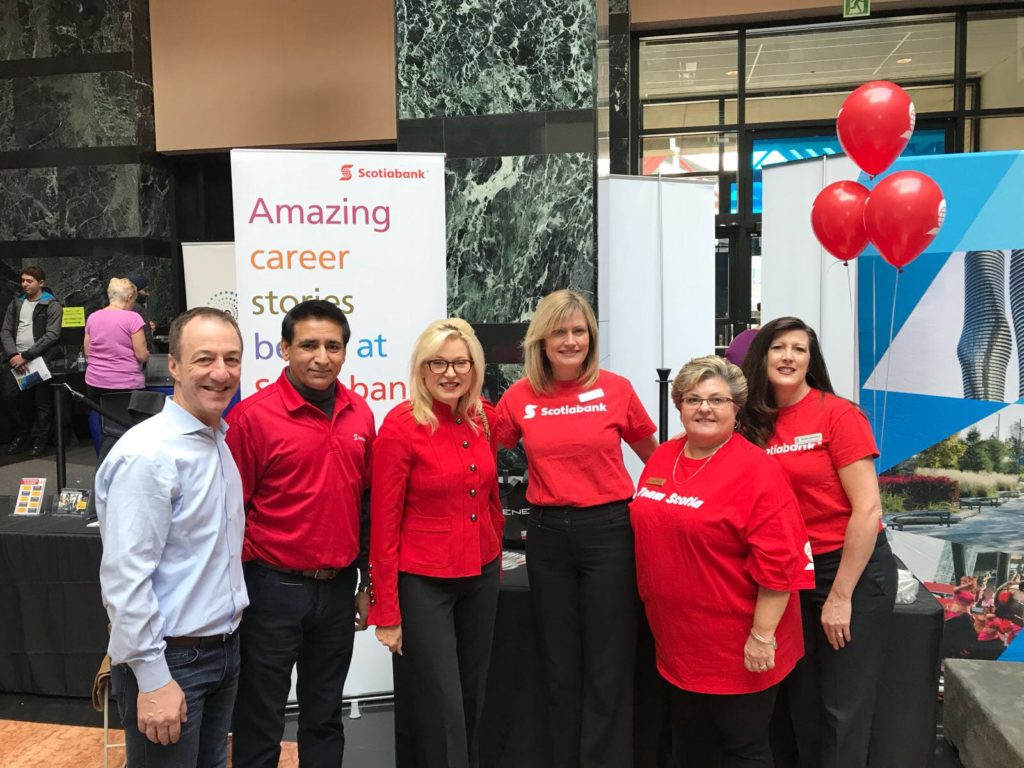 Over 70 different public and private-sector, non-profit, post-secondary and government organizations were on hand, including The Greater Toronto Airports Authority, Trillium Health Partners, Scotiabank and the Toronto Scottish Regiment – the Army Reserve regiment for Mississauga.

“Research has shown that a strong network and connection to mentors can open doors for youth as they transition into the workforce. These role models provide important support both in navigating the job market as well as helping youth understand the skills and experience required to succeed,” said Mayor Crombie.

“Many youth face multiple barriers including slow-job growth economies, low-quality jobs, skills mismatch and social discrimination, among others. We must do everything we can to support local youth to pursue their passions, find employment opportunities and achieve their career aspirations”, Mayor Crombie added.

“Networking in the 21st century is more important than ever. Leveraging social media empowers you to build and reach a network in ways not before possible,” said Perry Monaco, Head of Customer Success Canada at LinkedIn.

Mayor Crombie acknowledged the support of a number of community organizations who promoted and participate in the Youth Expo, including the Mississauga Board of Trade; the Malton Business Improvement Area (BIA); the Streetsville BIA; the Port Credit BIA; and the Clarkson BIA.

“Our Speaker Series is an ongoing series of keynote discussions featuring prominent Canadians from different sectors, aimed at inspiring youth, and providing them with guidance as they prepare to enter the workforce,” said Mayor Crombie.

The event will take place from 7-9PM at UTM’s Instructional Centre Building. Space is limited and registration is mandatory at www.youthspeakerseries.ca.