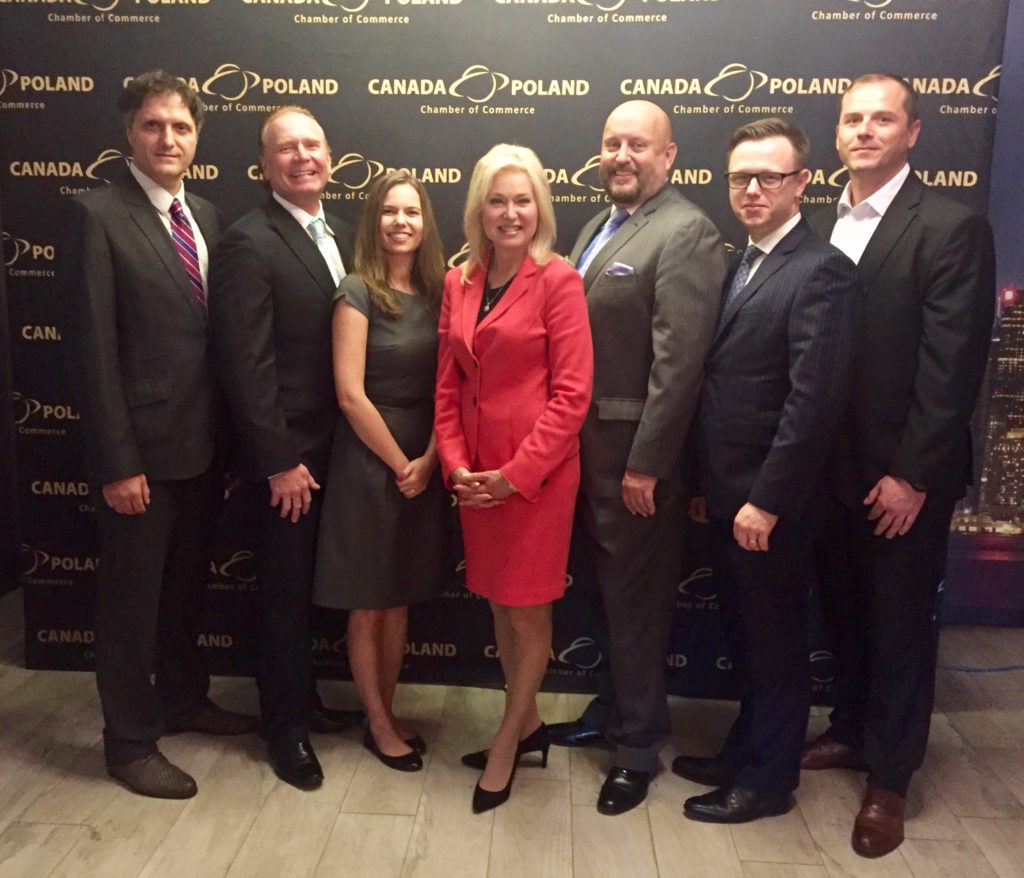 Mayor Crombie with the Canada-Poland Chamber of Commerce Board of Director members.

As we mark the 150th anniversary of Confederation and the founding of Canada, we must remember and reflect on the enduring city-building and nation-building contributions made by new Canadians, including the lasting work of our Polish-Canadian community, Mayor Bonnie Crombie said today during a keynote address delivered to members of the Canada-Poland Chamber of Commerce.

“Next week BioLab will open this new state-of-the-art facility. It’s a $56 million investment that will create 40 new high-value added jobs. It will add significant revenue to our tax base – revenue that will be used to keep property taxes low and build job-creating infrastructure.”

“Following our September 2017 Economic Development Office (EDO) Investment Mission to Japan, we are proud to announce that Tohmei Industries – a renowned aerospace company – will open in Mississauga. The aerospace industry employs over 27,000 people in over 330 aerospace companies.”

“A lot of very thorough and comprehensive planning is undertaken before we decide to depart for international economic development missions.”

Mayor Crombie invited those in attendance to the Mayor’s Small Business Forum, taking place on October 25, adding that “all small business owners are invited and encouraged to share their ideas and solutions to help make local government work better for you.”

Beyond economic development, Mayor Crombie also discussed issues pertaining to transit, infrastructure, climate change and housing affordability, adding that “Making Room for the Middle is our bold new housing strategy. All options are on the table so people who want to live and work in Mississauga – can do so. We’ve put forward 40 action items that call on all governments, our partners in the private-sector, non-profits, cooperatives and individuals – to be part of the solution.”

Wojciech Sniegowski, President of the Canada-Poland Chamber of Commerce, said “Mississauga is home to a very committed and active Polish community. We are very excited and encouraged to hear Mayor Crombie speak at length about the important economic development and city-building priorities currently underway.”

In 2015, the Canada-Poland Chamber of Commerce awarded Mayor Crombie with the Political Leadership Award for Excellence.

Mayor Crombie concluded “I take great pride in my own Polish heritage and how it has shaped my life, including my time now as a public servant.”