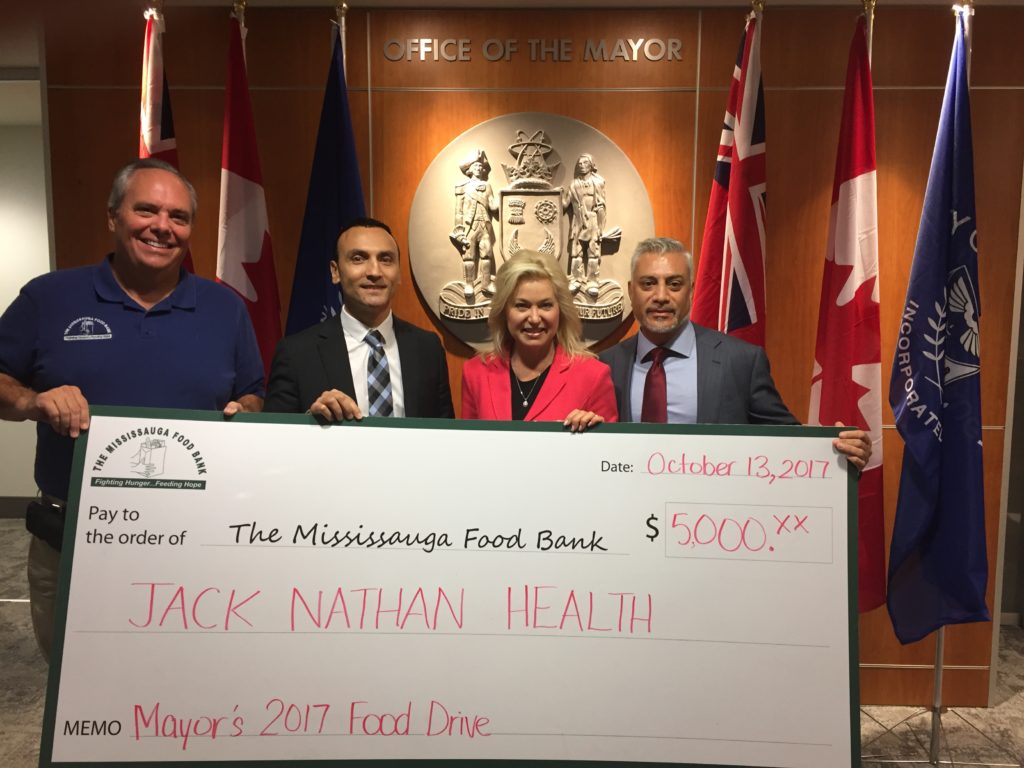 I want to recognize the entire team from Jack Nathan Health for being such compassionate corporate citizens and for their incredibly generous donation of $5,000 in support of the Mayor’s 2017 City-Wide Food Drive #OneBagChallenge initiative, Mayor Bonnie Crombie said today.

Today, October 13, marks the final day of this popular, annual city-wide food drive Thanksgiving campaign, Mayor Crombie said, adding that “our goal is to raise $125,000 and 225,000 pounds of food by end of day today. This would make it the food bank’s biggest Thanksgiving ever and the team from Jack Nathan Health are helping us get closer to achieving and exceeding our goals.”