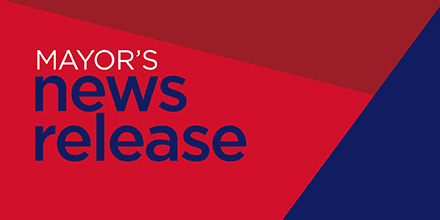 When we welcome international delegations of businesses to City Hall – delegations often from major Chinese cities – we speak about Mississauga’s value proposition that will help companies grow, expand, create jobs and remain ahead of the global competition, Mayor Bonnie Crombie said today.

Mayor Crombie made the comments during a keynote address about economic development, during a business networking luncheon hosted by the Mississauga Chinese Business Association (MCBA).

Mayor Crombie spoke at length about the importance of foreign-direct investment and “marketing Mississauga to the world”. Mayor Crombie highlighted Brazilian-based pharmaceutical giant – BioLab – which chose Mississauga for its new research and development centre. This investment was secured in large part because of Mayor Crombie’s 2015 South America Economic Development Office (EDO) Investment Mission.

“In a few short weeks, BioLab will open this new state-of-the-art facility,” Mayor Crombie said. “It’s a $56 million investment that will create 40 new high-value added jobs. It will add significant revenue to our tax base – revenue that will be used to keep property taxes low and build job-creating infrastructure,” Mayor Crombie added.

Mayor Crombie also spoke of her September 2017 EDO Investment Mission to Japan and the new announcement that Japanese-based Tohmei Industries – a renowned aerospace company – will open in Mississauga. The aerospace industry employs over 27,000 people in over 330 aerospace companies.

“A lot of very thorough and comprehensive planning is undertaken before we decide where and when to depart for international EDO missions,” Mayor Crombie said. “Much of that planning continues to take place. When we do head to China, we will maximize the most of our time, energy and work there.”

Mayor Crombie also invited those in attendance to the Mayor’s Small Business Forum, taking place on October 25, adding that “all small business owners are invited and encouraged to share their ideas and solutions to help make local government work better for you.”

“97 per cent of all Mississauga businesses are small businesses,” Mayor Crombie said. “Many of these businesses are run by hardworking, risk-taking and successful Chinese-Canadian entrepreneurs – the very members who make up the Mississauga Chinese Business Association.”

Winnie Fung, President of MCBA, said “we are honoured to have Mayor Crombie deliver this keynote address about the exciting and promising city-building initiatives happening in Mississauga. Mississauga is home to a strong, proud and hardworking Chinese-Canadian community. We want to hear directly from our elected representatives about issues that matter most to MCBA members like support for small businesses and job creation.”

Mississauga is home to over 21,000 Chinese new Canadians and over 50,000 residents of Chinese descent. Chinese languages including Mandarin and Cantonese are among the top 10 languages spoken in our community.

Following the address, Mayor Crombie thanked MCBA members who generously raised $700 toward supporting the Mayor’s City-Wide Food Drive One Bag Challenge. “Our goal is to raise $125,000 dollars and 225,000 pounds of food by October 13. The compassion and dedication shown by the MCBA membership has helped bring us closer to achieving these goals.”

Mayor Crombie concluded “my sincere thanks to Winnie Fung – and the Mississauga Chinese Business Association – for the opportunity to once again address your membership about the strength and competitiveness of Mississauga’s economy.”