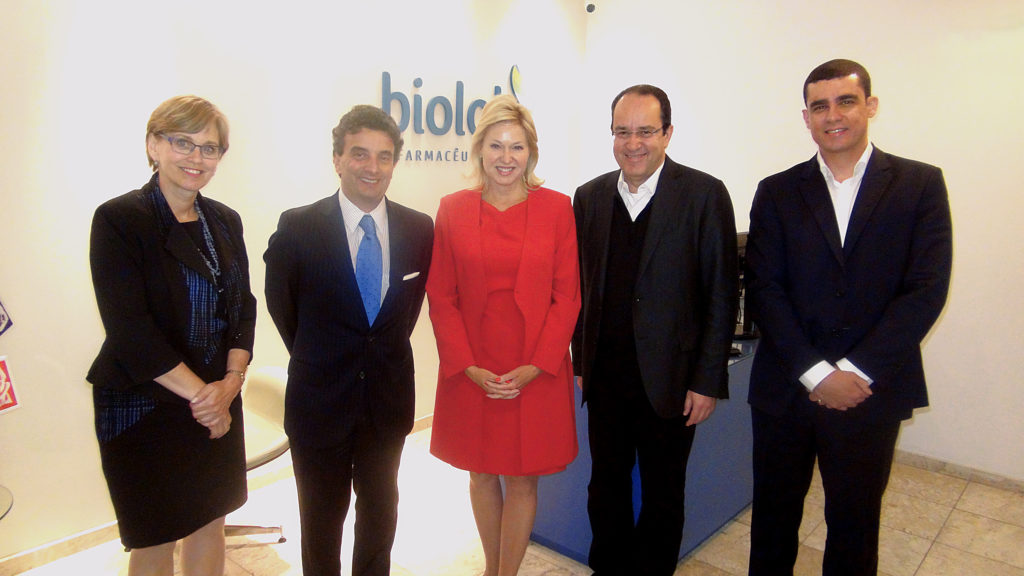 BioLab is a $56 million foreign-direct investment (FDI) that will create 40 high-paying and high-value jobs, many in research and development, Mayor Bonnie Crombie said yesterday.

“This new global investment will add more than $45,000 annually to our tax base, providing important funding that will go toward the quality public services we all rely on and to keep property taxes low and build job-creating infrastructure,” Mayor Crombie added. “This state-of-the-art facility spans nearly 13,000 square feet.”

Mayor Crombie made the comments during the grand opening of BioLab – a Brazilian-based pharmaceutical giant. Mayor Crombie first met with corporate leaders from BioLab during her 2015 investment mission to South America.

“Mississauga helped secured this new BioLab investment because we were on the ground in Brazil – highlighting our value proposition – strengthening important and lasting networks – working with other governments, including our partners in the Wynne government,” said Mayor Crombie, who was joined by Finance Minister Charles Sousa and Economic Development and Growth Minister Brad Duguid.

South America was chosen by Mississauga for an investment mission because of its large and internationally recognized life sciences industry, Mayor Crombie said, adding that the Brazil-Canada Chamber of Commerce is represented on the Mississauga International Partnership Program Committee – a working group of cultural business associations that seek to expand Mississauga’s reach into the global market.

“It only made sense for Mississauga to be in Brazil and South America,” Mayor Crombie added. “Mississauga is Canada’s second largest life sciences sector by employment – enhanced by the ongoing and innovative work at Trillium Health Partners.”

“Our Economic Development Office’s new Life Sciences Cluster Strategy is a plan of action to have government, industry, academia and concerned citizens’ work closely together. This strategy is the first of its kind for a Canadian municipality.”

“In Mississauga we mean business when it comes to helping life sciences companies invest, expand services offerings and remain ahead of the global competition. Congratulations, once again, to everyone at BioLab.”