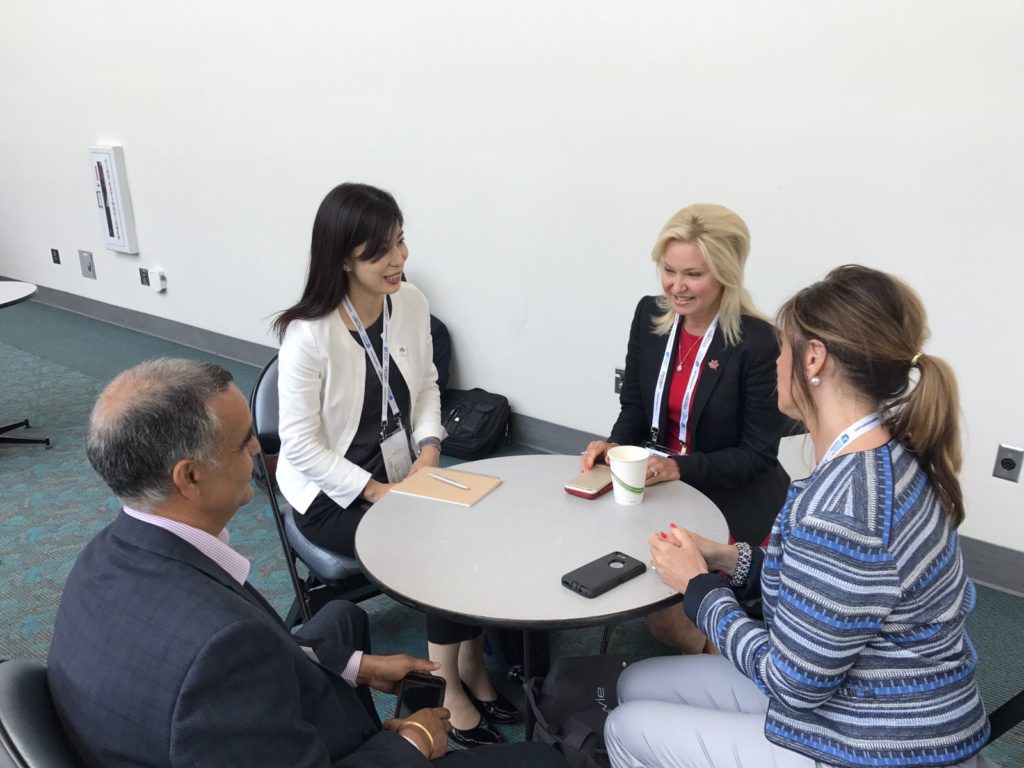 Mississauga enjoys a strong and enduring relationship with the people, businesses and communities of Japan, Mayor Bonnie Crombie said today while taking part in the 2017 Biotechnology Innovation Organization (BIO) International Convention – the largest global event for the biotechnology industry.

Mayor Crombie made the comments during a meeting with Ms. Katsuko Kuroiwa, Life Sciences Trade Commissioner, with the Embassy of Canada in Japan. Japanese life sciences and pharmaceutical companies continue to demonstrate foreign-direct investment interest in places like Mississauga.

Throughout discussions with Trade Commissioner Kuroiwa, Mayor Crombie discussed the Economic Development Office’s (EDO) new five-year Life Sciences Cluster Strategy for Mississauga, highlighting how “the strategy identifies priorities to support the growth and development of the life sciences sector and is the first of its kind for a Canadian municipality.”

“Although Mississauga is known as a hub for big pharma, popularly known as Pill Hill, our cluster is more diverse than ever, contributing to new technologies and innovations that benefit healthcare and wellness globally.”

Currently, Mississauga’s life sciences sector is ranked as the second largest by employment in Canada with 430 companies employing over 22,000 people. In 2016, this number grew by 14% as new companies chose Mississauga as a place to grow

I am proud that Mississauga is home to a number of globally-respected, successful and innovative Japanese-based companies, Mayor Crombie said, adding that “earlier this month we also marked the 50th anniversary of Panasonic Canada, which operates in Mississauga.”

In February, Mayor Crombie and EDO staff met with Canada’s Ambassador to Japan, Ian Burney. Mayor Crombie shared with Ambassador Burney the important inroads made during the 2016 Mississauga EDO Investment Mission to Japan.

Mayor Crombie concluded “Actively participating in BIO 2017, and working alongside longstanding partners in the Embassy of Canada in Japan, further allows the City of Mississauga to promote economic development opportunities with vitally important global markets including Japan.”