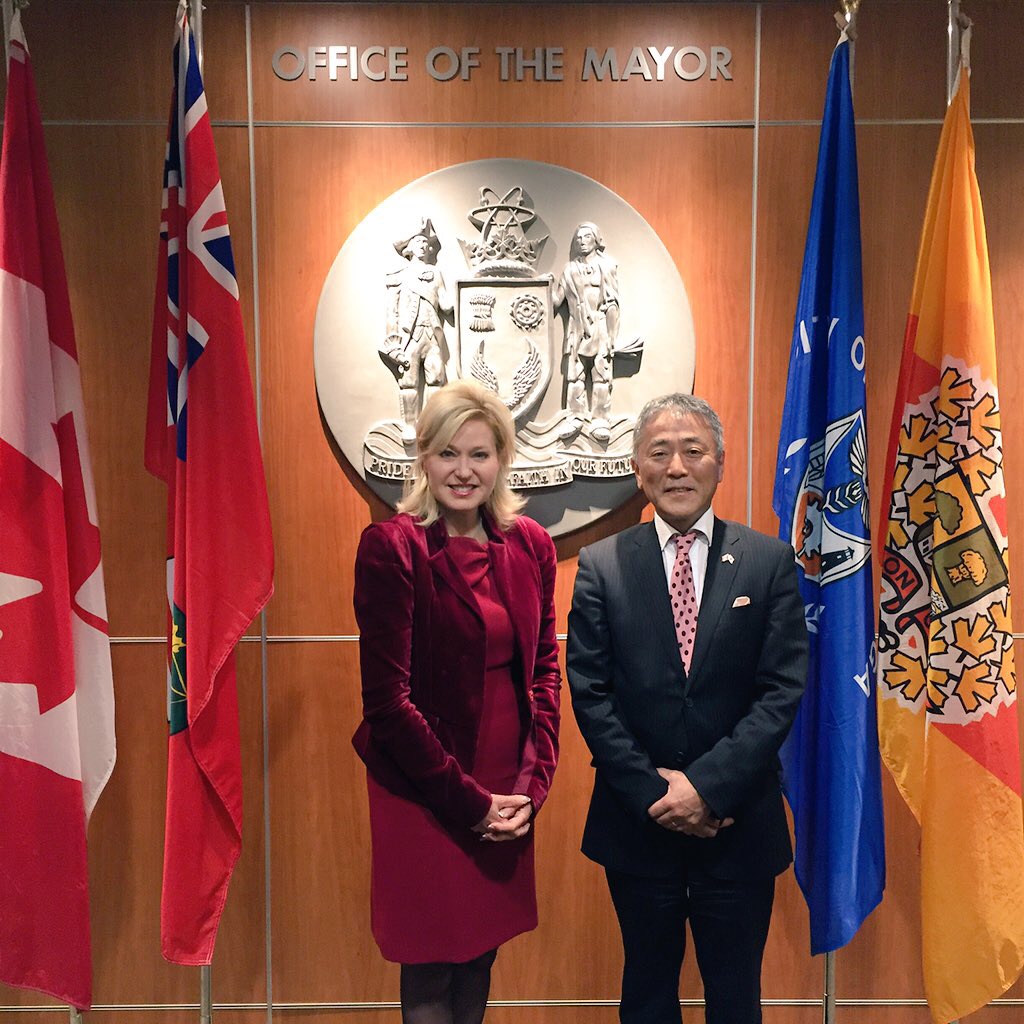 Mississauga – We enjoy a strong and enduring relationship with the people, businesses and communities of Japan, and it gives me immense pleasure to formally welcome Consul General Yasunori Nakayama to City Hall, Mayor Bonnie Crombie said today.

“It is critical that we position Mississauga to compete effectively in the global market place,” Mayor Crombie said. “It is my job to ensure our City strengthens connections with existing target markets, like Japan, to attract new foreign-direct investments and retain existing business ventures,” Mayor Crombie added.

Mayor Crombie noted that “Over the last year my office has met with the Indo-Canada Chamber of Commerce; the Mississauga Chinese Business Association; the Canada-Poland Chamber; along with Consuls General from India, China and Poland.”

In the past, EDO and former Mayor McCallion’s initiatives for the Japanese market were largely related to business retention and expansion.

“I am committed to building on former Mayor McCallion’s practice of participating in trade missions to countries in target markets,” Mayor Crombie said, announcing that in the spring of 2016 she will undertake a trade mission to Japan with the goal of generating new economic development opportunities for Mississauga.

Beyond economic development, since 1981, Mississauga and the community of Kariya have enjoyed a sister-city relationship, exchanging friendship and cultural delegations. The Mississauga Friendship Association (MFA) was established in 1993 to promote, foster and maintain this sister relationship. Earlier this year Mayor Crombie welcomed students and teachers from Kariya Kita High School who were visiting from Japan.

In 1992, Kariya Park was officially opened in Mississauga to honour this twinning relationship. “Mississauga is proudly home to the beautiful Kariya Park, which celebrates our long, proud and strong history together, and serves as a popular gathering place for all residents to enjoy.”

Mayor Crombie concluded “Working together, we will further promote economic development opportunities; the exchange of knowledge and best practices; and celebrate a far greater appreciation and understanding of Canada and Japan’s enriching cultural traditions and shared values.”