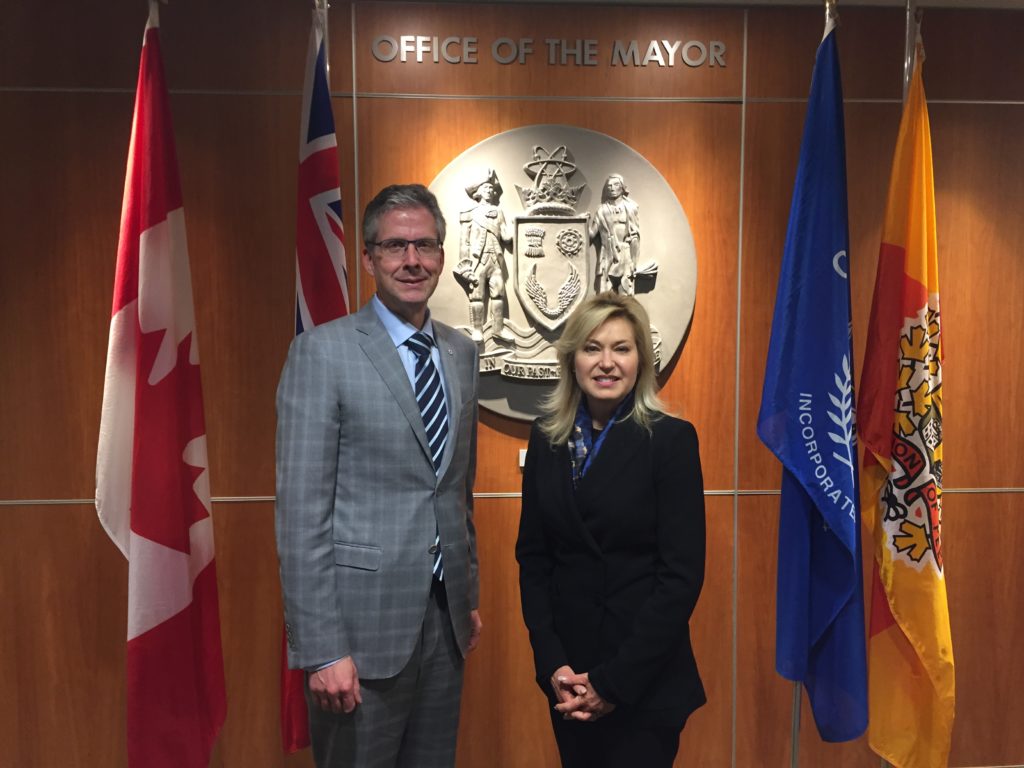 On behalf of the City of Mississauga and Members of Council, I welcomed the opportunity to meet with Canada’s new Ambassador to Japan, Ian Burney, to discuss strengthening relations between Mississauga, Japanese communities and Japanese-based businesses, Mayor Bonnie Crombie said today following discussions with Ambassador Burney.

“We enjoy a strong and enduring relationship with the people, businesses and communities of Japan,” Mayor Crombie said. “I am proud that Mississauga is home to a number of globally-respected, successful and innovative Japanese-based companies,” Mayor Crombie added.

Beyond economic development, Mayor Crombie welcomed Kariya Mayor Yoshinori Takenaka to City Hall in July 2016 to formally recognize and celebrate the 35th anniversary of the Mississauga-Kariya sister city relationship. In 1992, Kariya Park was officially opened in Mississauga to honour this twinning relationship. “Mississauga is proudly home to the beautiful Kariya Park, which celebrates our long, proud and strong history together, and serves as a popular gathering place for all residents to enjoy.” The Mississauga Friendship Association (MFA) was established in 1993 to promote, foster and maintain this sister relationship.

Mayor Crombie concluded “Working together with public servants, like Ambassador Burney, will further allow the City of Mississauga to promote economic development opportunities, the exchange of knowledge and best practices and celebrate a far greater appreciation and understanding of Canada and Japan’s enriching cultural traditions and shared values.”